The notion of who we are and how we see the world changes as time passes.  Through our conversations, we are looking to understand, reveal and document the unique stories of people who inspire us and the defining moments which made them who they are today.

The illustrator Fin Lee - known primarily as Lost Boy - is no exception. Her fluid and organic autobiographical illustrations embody her personal story of embracing new challenges, personal transitions and acceptance. In planning our visiting L.A. I couldn’t miss the chance to hear her story in-person and share it with you.

We arranged to meet at The Springs, an event space and coffee shop space in The Arts District area of Downtown Los Angeles. The area is in a constant state of transition and change transforming itself from a underused and declining industrial area into exciting hub of creativity. The perfect place to meet. I arrive just before midday with the sun already high in the sky. Meeting indoors now makes a lot more sense as outside there is little shade to escape from the baking heat. I spot Fin and after a quick introduction we find a table and sit down.

I begin with the broadest of questions “What is your story?”. Fin takes a moment facing my inquisitive question but with a smile she dives straight in “What is my story? wow! difficult question. Well, I’m 30 years old and I’m queer. Ironically I went to art school but I didn’t do anything serious in that time. I was slowly going down the familiar path of people go to art school, which is to never do art again. So, one day I decided to start drawing every day. I began to document all my feelings and then I just kept growing because I was organically making lines and patterns and as my confidence grew I began to translate these lines into art”

When setting out to pursue your dreams and carve your own path, the beginning  can be the most difficult of obstacles to overcome. It requires a huge amount of self belief and perseverance and I was intrigued to find how Fin managed this struggle. “My principal motivation is my mother. When I think in all the things that she has sacrificed  in her life. She was an artist but she couldn’t get into it because she had to make money and emigrate from Korea to America, some how make her life for us. so she is very supporting of my artwork, because I think she sees herself in me and I can continue her dream. And another part is not enough asian woman, not enough korean woman making art are getting recognized and I think if I stop then less people like myself will be recognized”

After years of refining skills and honing her own style, Fin is already well established in the world of illustration balancing a demanding schedule of freelance and agency work. For Fin, this drive and ambition has opening up a raft of exciting opportunities that a few years ago would have been unthinkable. One year ago, she collaborated with the fashion designer for Lady Gaga. The project, to illustrate the outfits worn by Lady Gaga’s backup dancers during the performances of Grammy’s award in tribute of David Bowie. “I think that has been my favorite work so far. It wasn’t a direct collaboration, it was more like: they trust on my sketches in that moment, It was about David Bowie and I was like. I can do that”

One word, an image or sound can be a trigger for Fin. She spends most of her time away enthusiastically researching “I don’t know how a project is going to start . It’s kind of fun. I drew Bowie’s hands because he loved Egon Schiele and he was his inspiration. In every single photograph of Bowie you see him making a post of his hands. I took that images and making into”. This is what captivates me about Fin and her practice. She is open and authentically enthusiastic about her subjects which gives her work a charm and honestly that is hard to discover in a world of trends led content.

It’s our second day in L.A. I suggest we get out of the coffee shop to explore the district. Fin through her pen and me by my camera. It’s one of the hottest day in California and the intense heat is creating waves from the street which mimic Fin’s linework. I start to take pictures of Fin walking across the street “My friends aren’t going to believe these pictures” she says laughing “People in L.A. don’t usually walk”.

After her recent success and collaboration with Lady Gaga I can’t help to asking her about her future. “The day before of the deadline I was a drinking a cocktail of coffee and red bull. It was a lot of work, I think I worked the hardest that I have ever worked. And makes me happy that I know I can do that because now I know I can do other projects that I previously thought would be impossible. It was the biggest challenge of my life” she confess me. “I see my future in two places; firstly to art direct and develop a movie because or secondly to work more with fashion. I creating in collaboration with people is really cool. It’s hard to express this view as some people say to follow one path only, as this is the only way to get better and better. For me however, I think getting better is trying new things, do jump in the deep end and be bold”

Most of Fin’s illustrations are made with a Pen, which  from my point of view is a brave decision. The choice not to correct her mistakes, humananises each piece.  Every time she is faced with a blank page, it is an exercise in acceptance of imperfection “I don’t like using pencil, pencil is too scratchy and pen is more direct. Even If I do make a mistake I can’t do anything about it, you can’t erase. Mistakes happen all the time and It’s the only way to learn. Don’t be ashamed of these mistakes, just go ahead and keep drawing!”

With a deeper view of creation, Fin reminds me that creating a lasting impression is as much about honesty as it talent or skill. By allowing our lives to seen as an blank canvas, you can freely explore and imagine new ways to express yourself “I think is harder to be original than ever before. People are exposed to so much of the same work that the step away and find your own voice is difficult. That not my cup of tea because I don’t like focus in just one style or look in one place. I think, nowadays with internet, is easy for people to express themselves and that is cool, but it more important to seek inspiration away from the internet.” This is something we are constantly battling with and it’s interesting to hear it from Fin. To wrap up the interview and an amazing day I ask Fin how she thinks about being called an artist and her response is the perfect punctuation to the time we spent together “Everyone has a creative mind and the ability to see the world in a different way. I think everyone and anyone should be feel proud to call themselves an artist.” 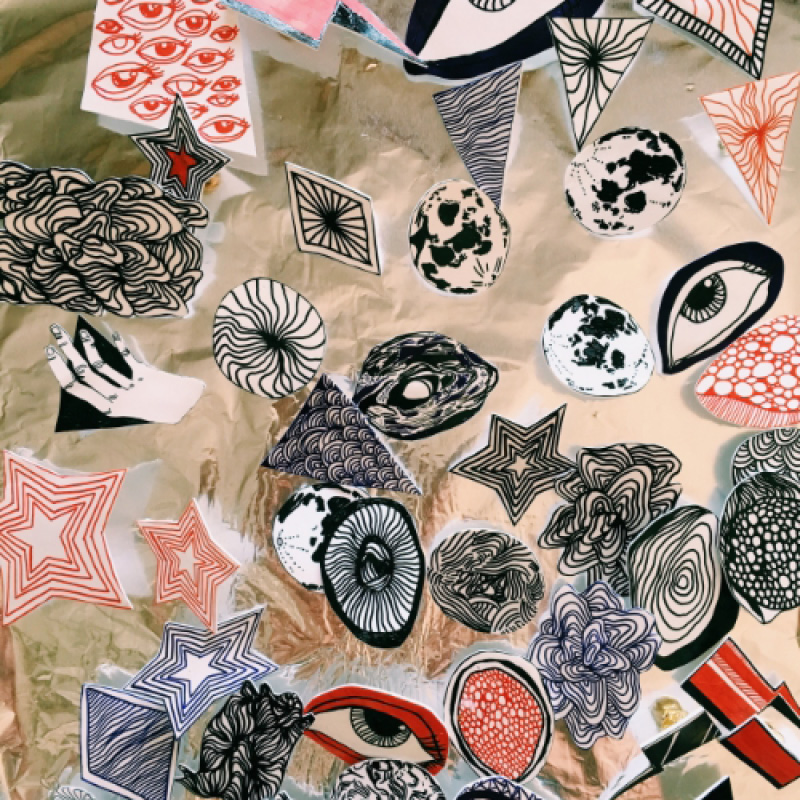 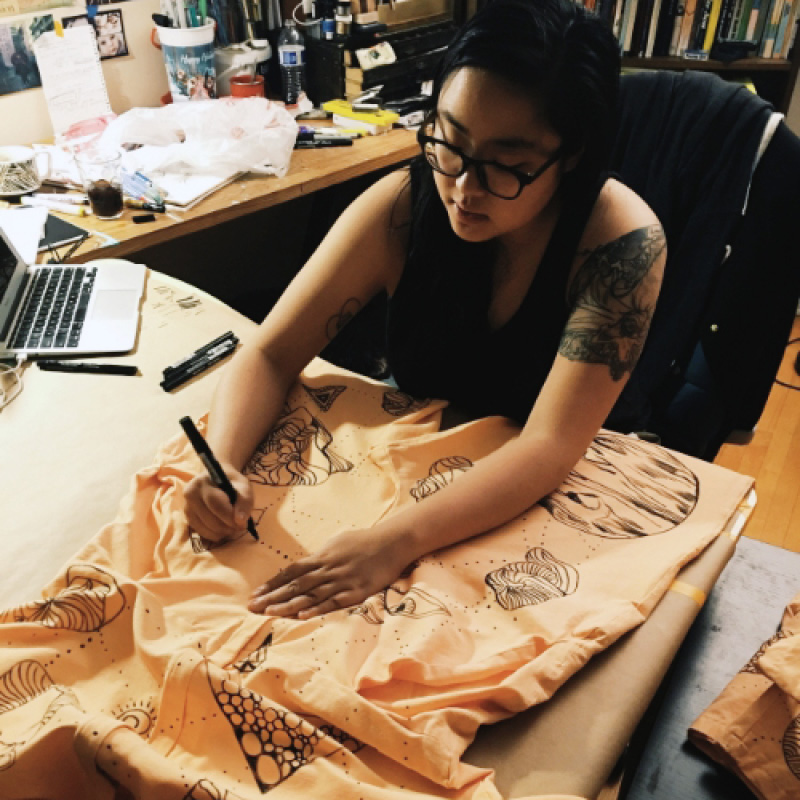 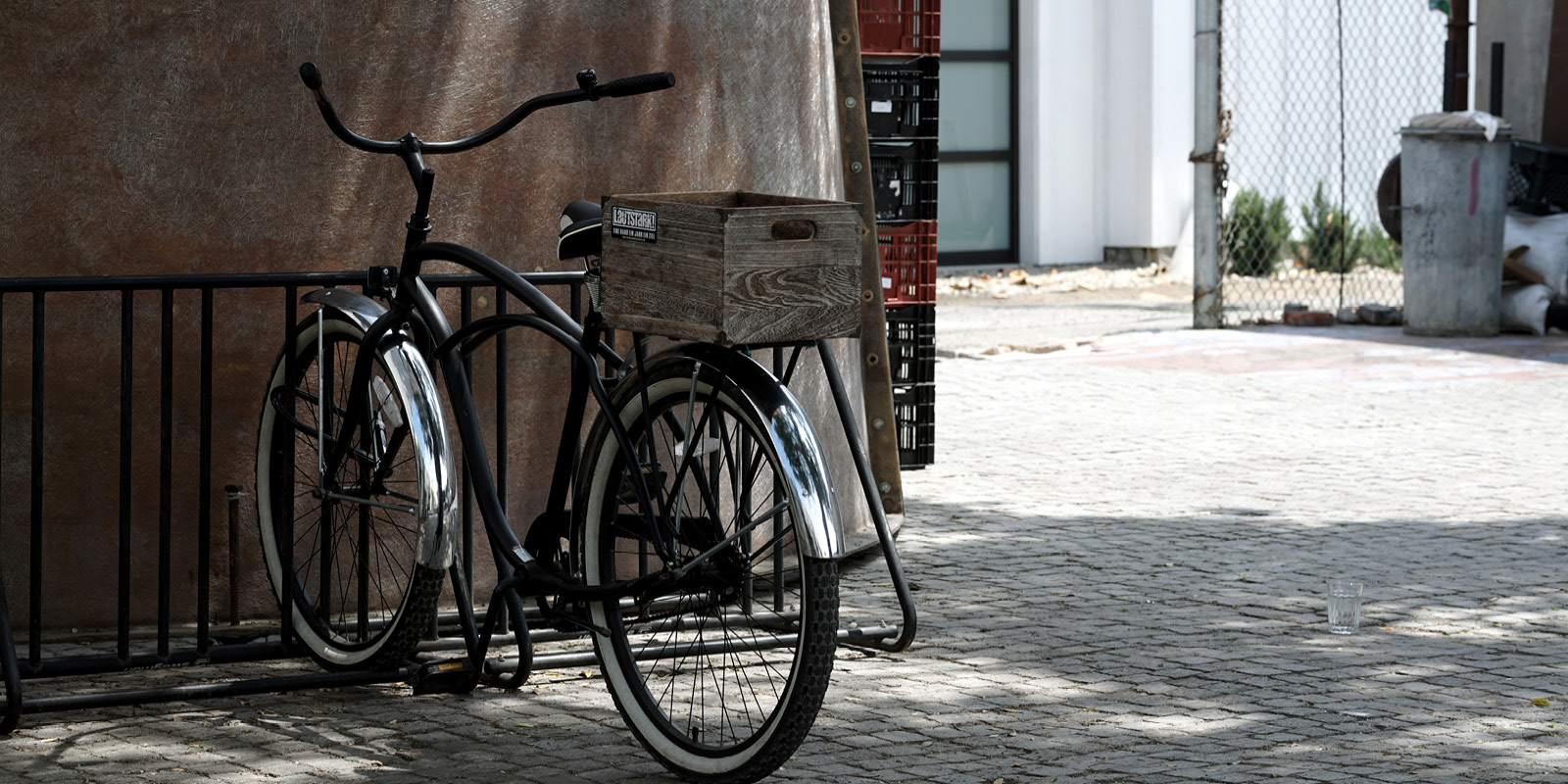 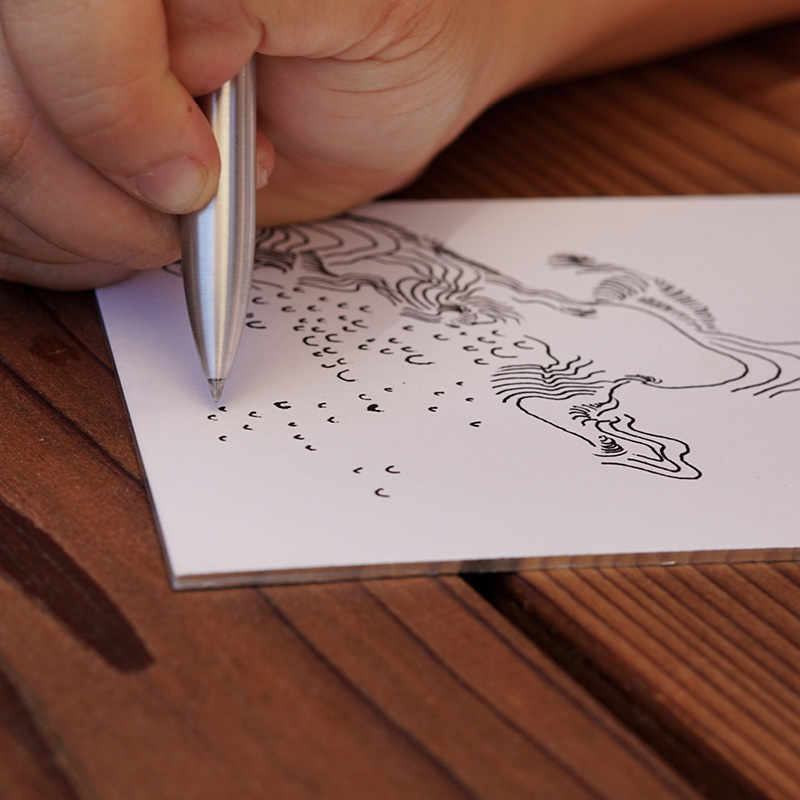 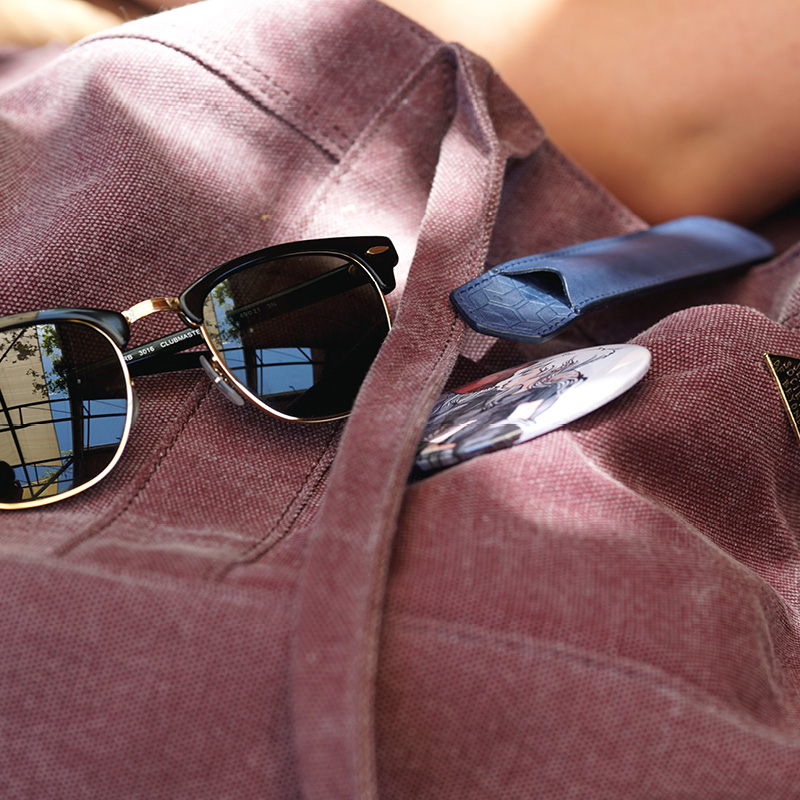 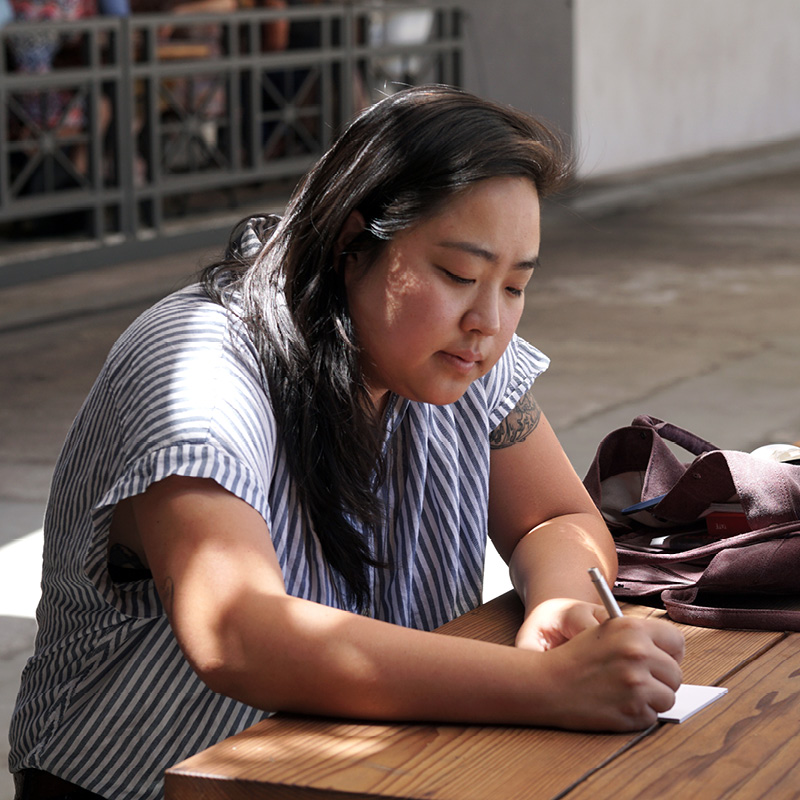 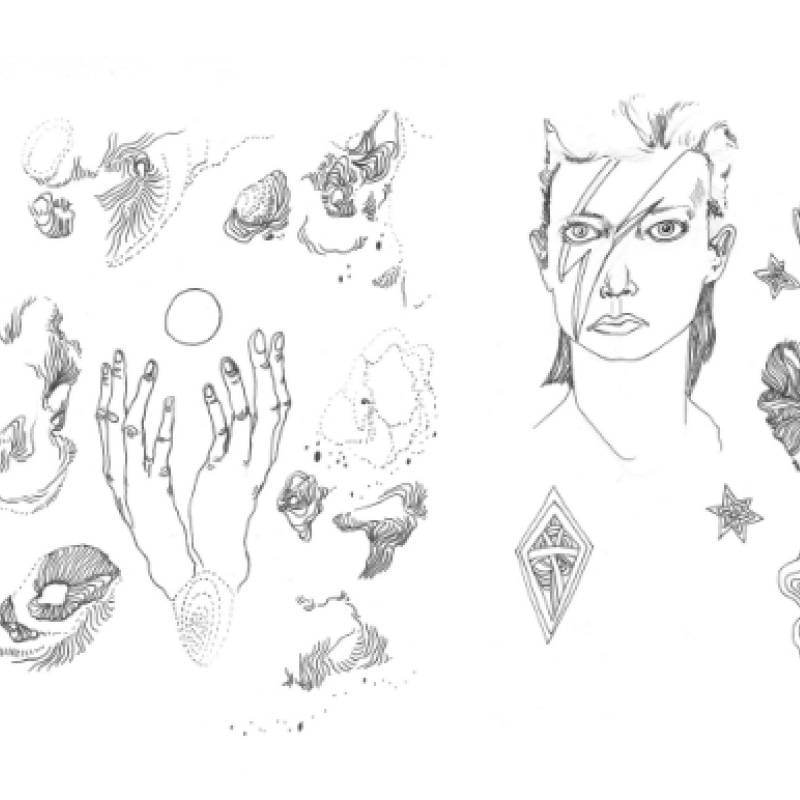 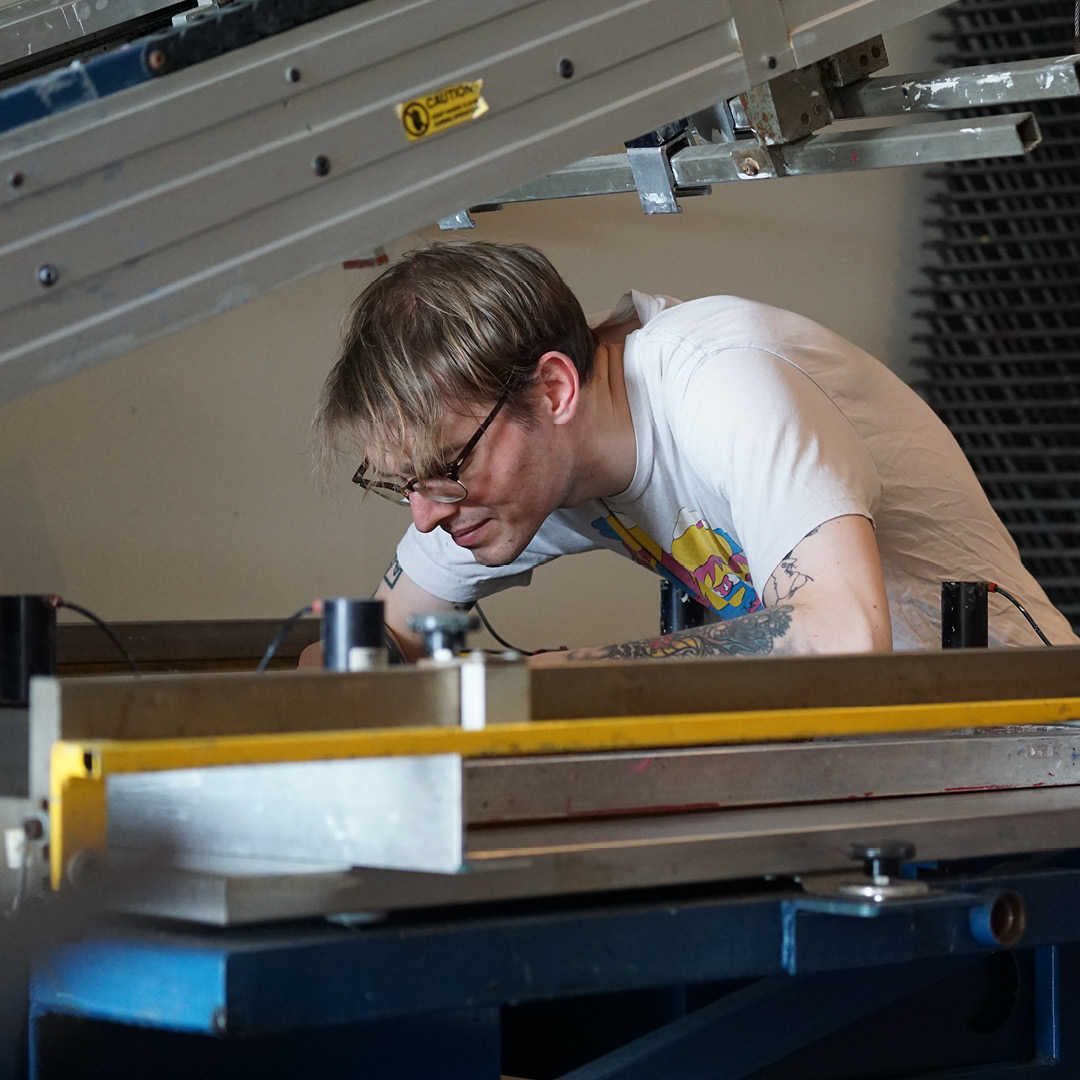 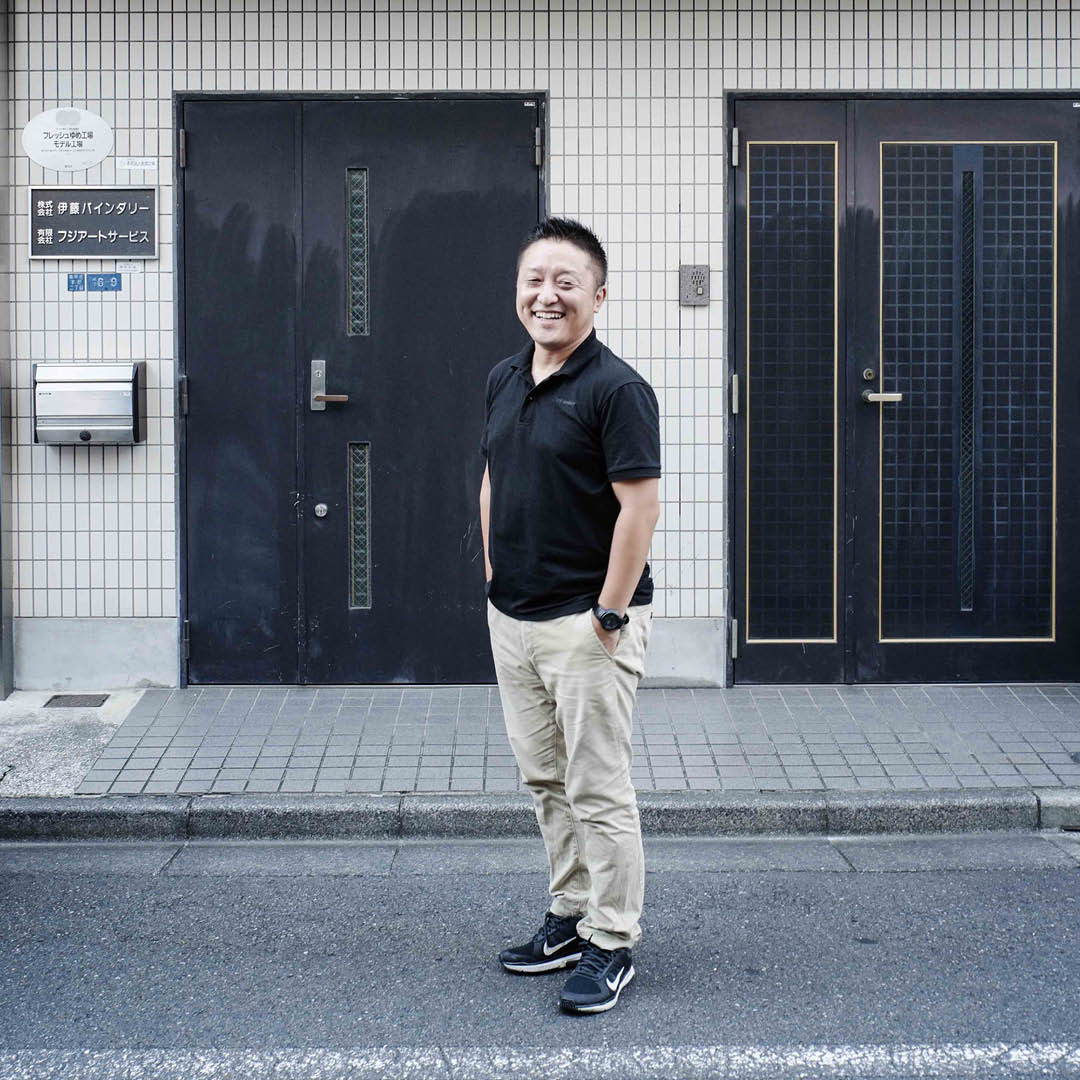 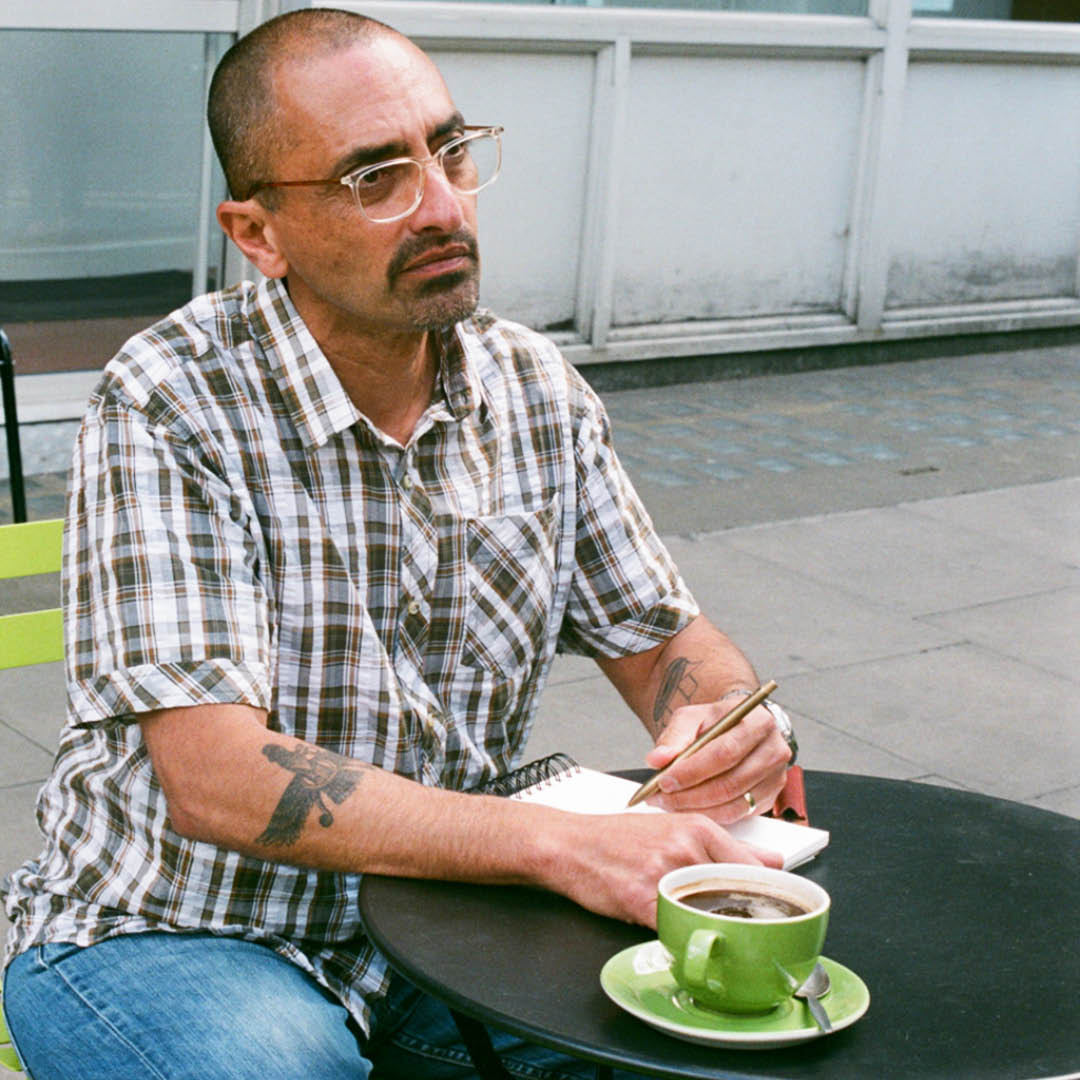