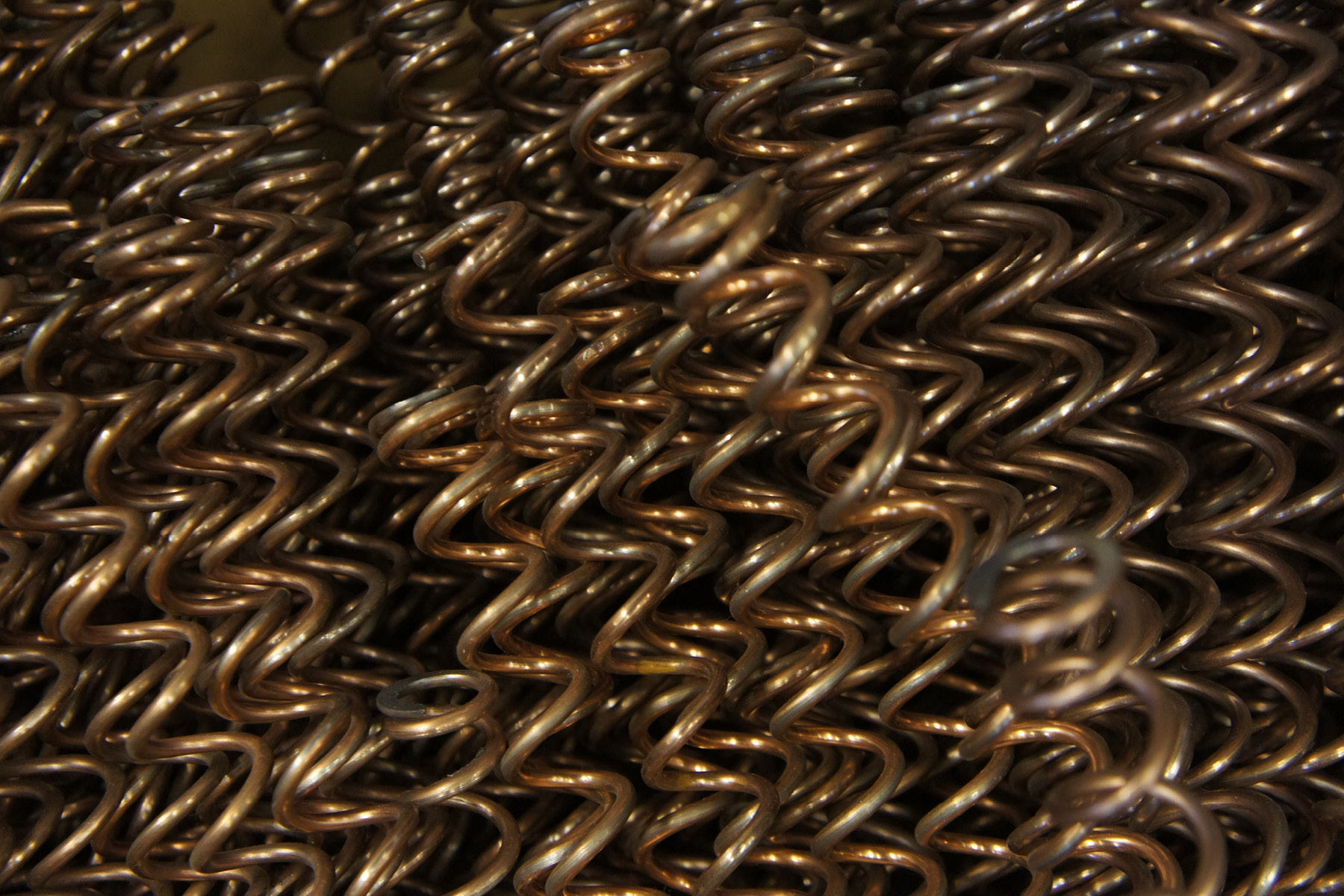 After testing a variety of stock springs it quickly became apparent that only way to achieve the precision we required was to produce a custom spring design.

As spring production requires specialist equipment and knowledge we began our search for a supplier. A couple of days later we found a small family run company called SOS in North West London, who specialise in batch manufacture and arranged a meeting. Taking the quick train journey north we were met at the factory by David Swadling, the MD, who showed us around and talked in detail about the processes we would be using to produce our springs. David explained the transition from manual machines to fully computer-automated machines and the remarkable advantages this technical leap has had in helping small run manufacturers become more competitive. The efficiency of the process and machines, which run at around 10000-20000 springs per hour, enable us prototype a design, test it and complete production on the same day.

Returning the following week we were introduced to Dave, the machinist running our job. Dave had already setup the machine and run off some prototypes for us to confirm. Our bespoke design, shown above, is subtly tapered from each end to increase stiffness while helping solve the problems we faced using two different refill designs. The prototype was perfect, and all we needed to do was setup our cameras and hit go. Dave talked us through the process and showed us some of the other skills he had acquired from his 16 years of experience such as hand-turned springs, an impressive technique to master and see. 15 minutes later our 1000 springs were complete and the final stage in the process was to temper the steel in an industrial oven at 320c/600F to increase their strength and ductility. The tempering process also changes the colour of the steel from a silvery grey to a rich and deep bronze. Only 45 minutes after arriving we had a full production run of springs, bagged up and paid for and a good chunk of video footage to edit. 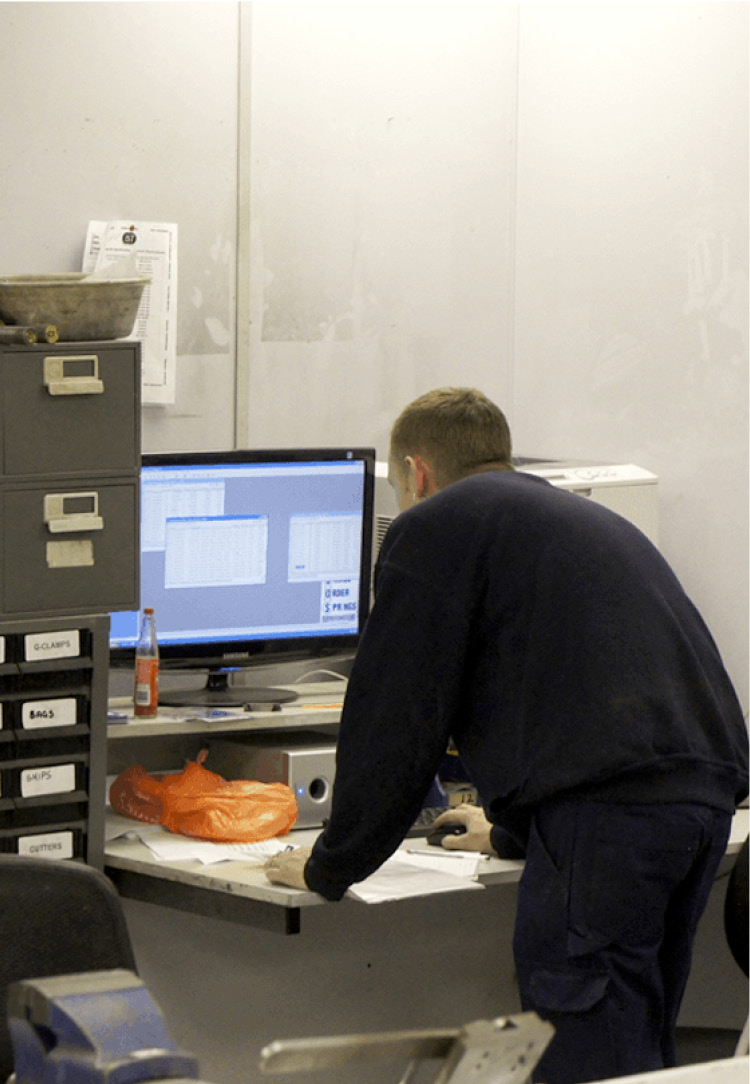 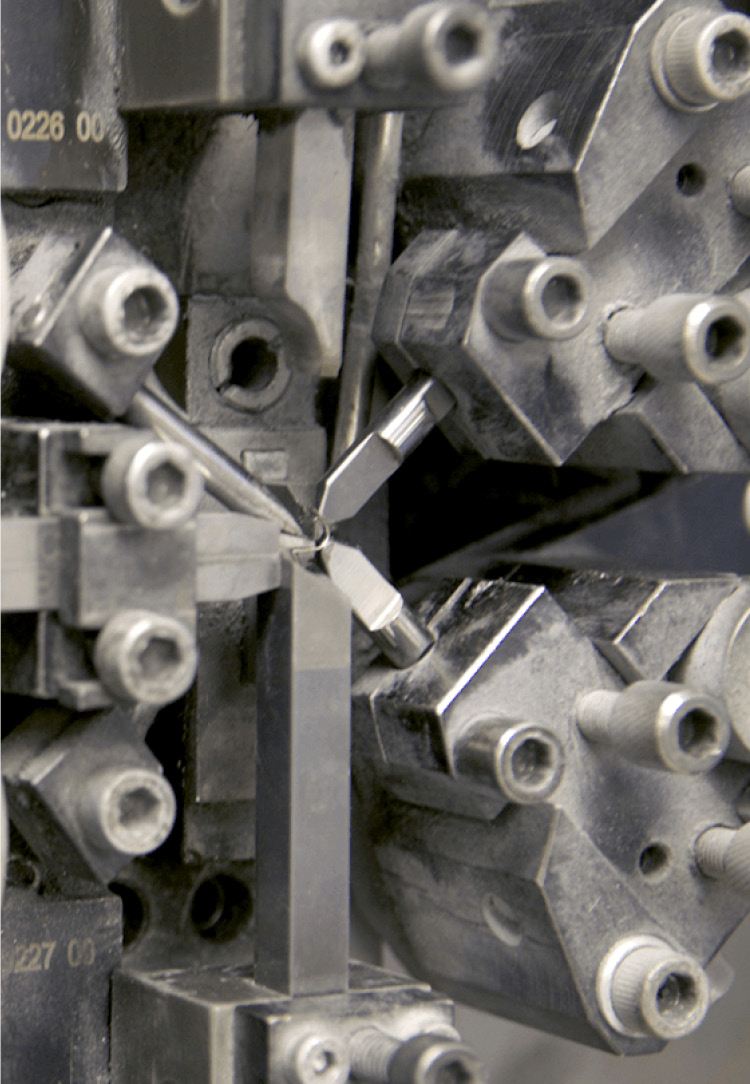 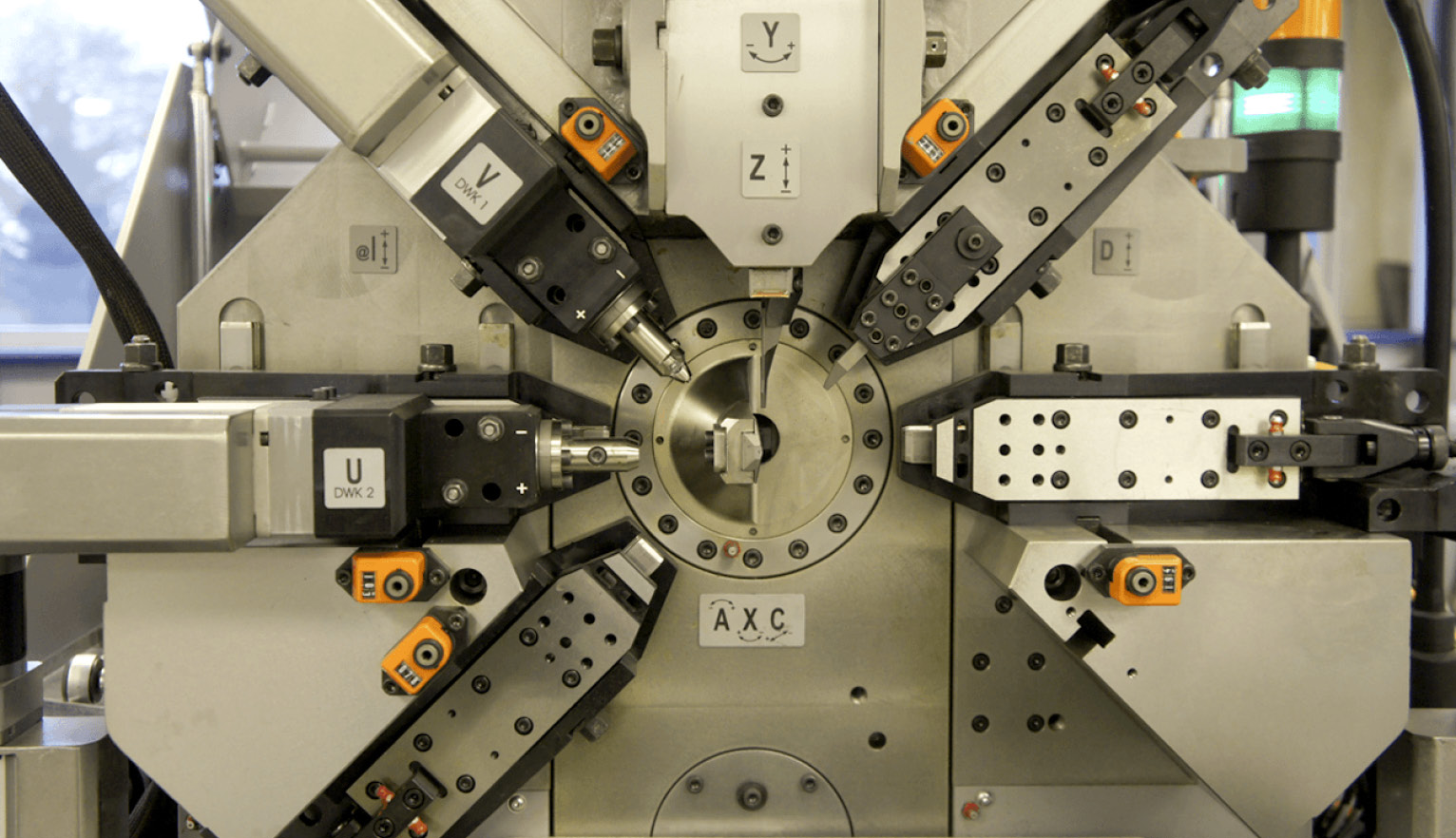 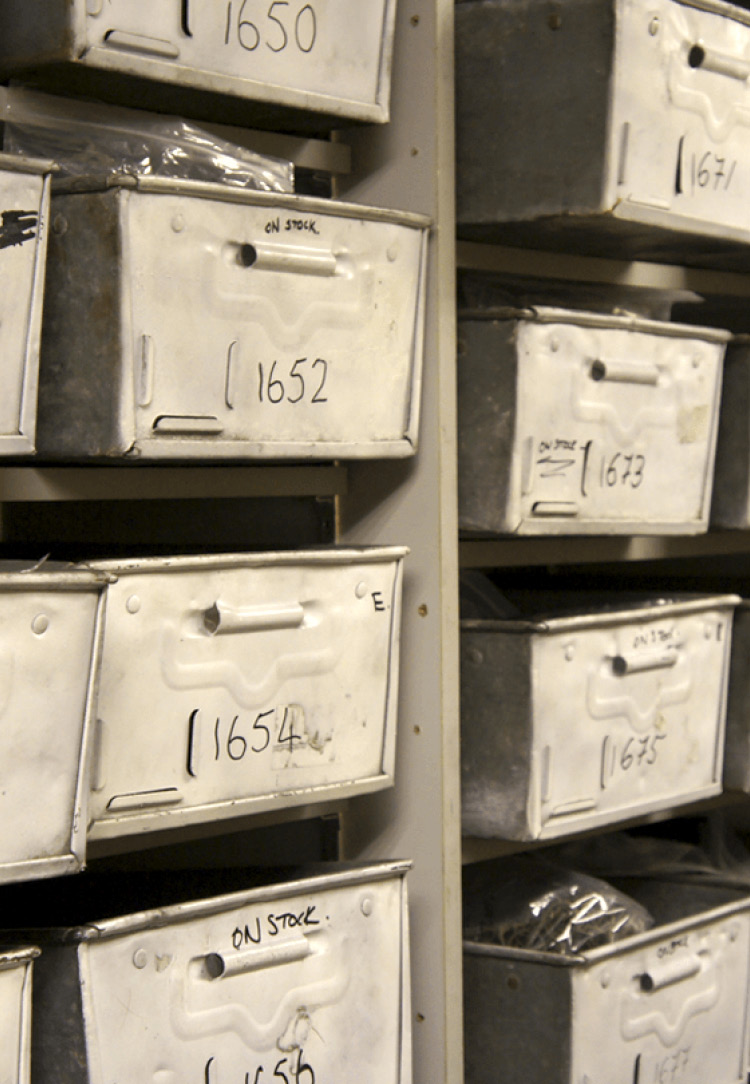 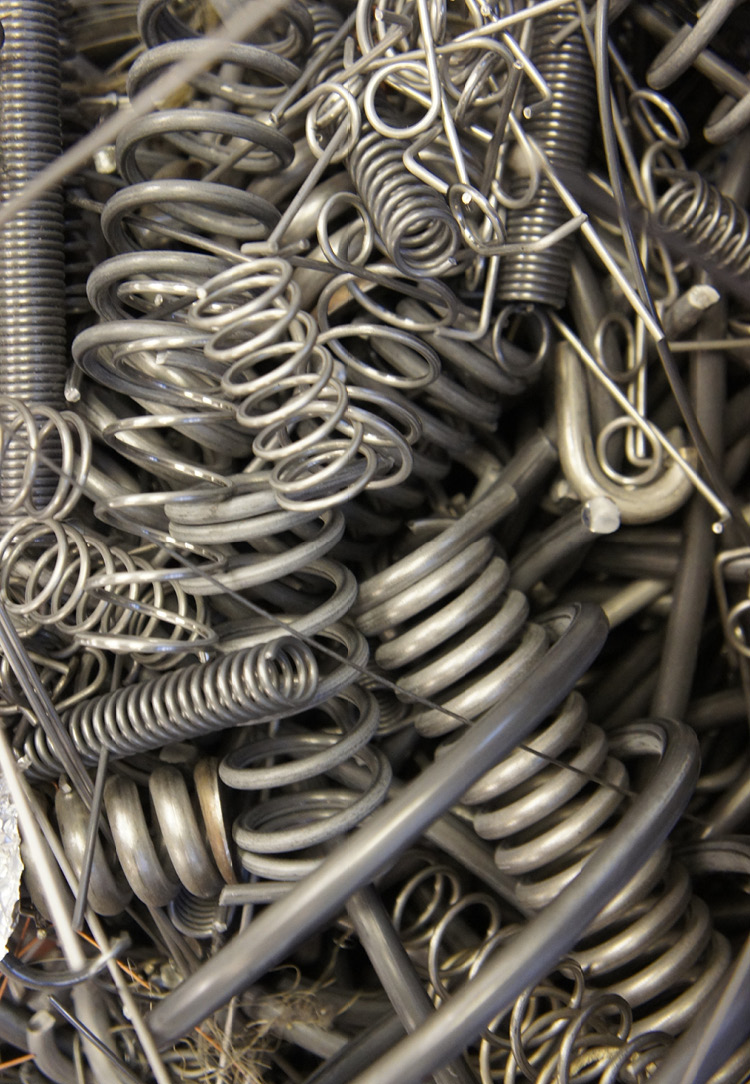 explore map
BACK TO JOURNAL 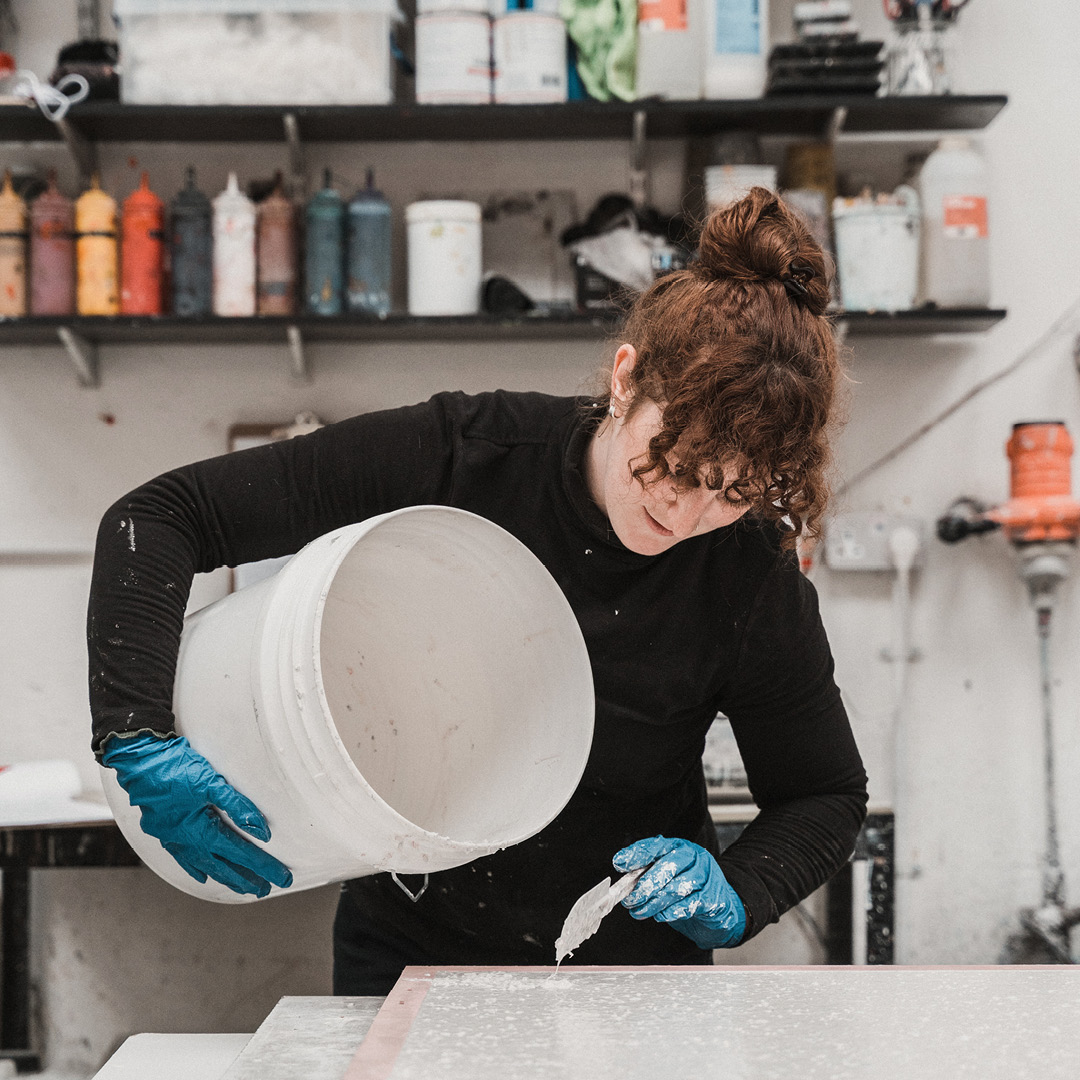 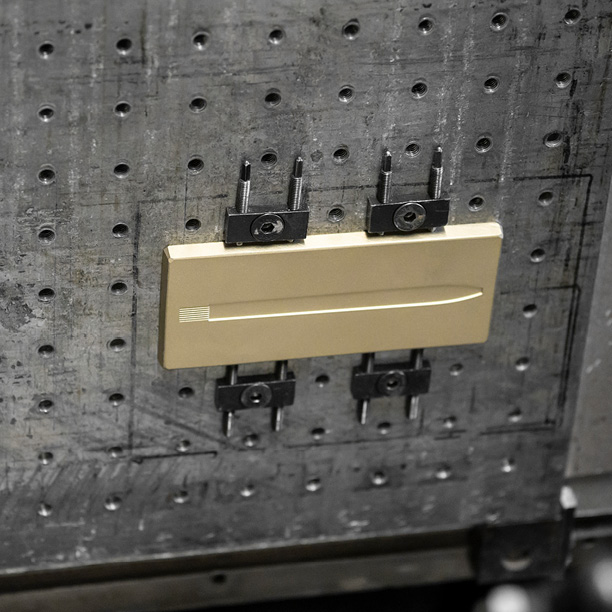 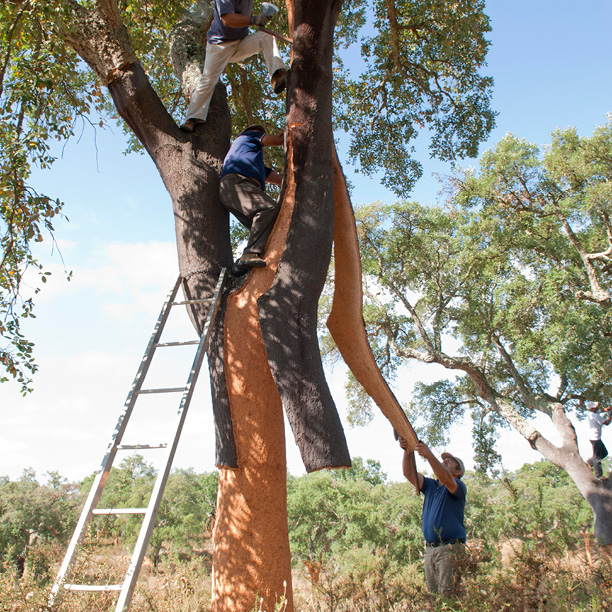